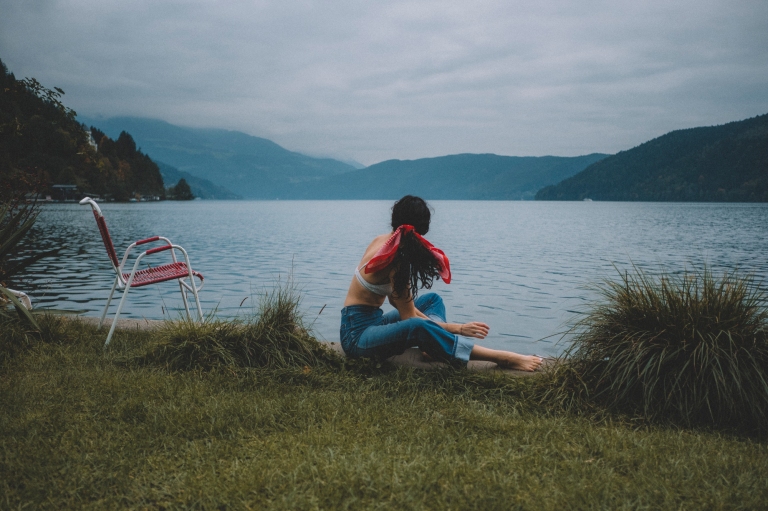 It seems entirely possible to be two things at once. And no matter how much I try to help, I end up taking back what I say every time. There is no such thing as excuses or timing. You either want something or you don’t. We’re all divided up on the inside into little territories, one nearly on top of the other, so many they’re hedging the other ones out. Everyone is always in the middle of something.

Often times there are big chasms between how you thought it might be, how it is, and how it should be. And sometimes they’re just little moats, sometimes they can change just because of a car ride. You’re nearly in tears watching a plane land at LAX but by the time you get home you don’t care very much. What happened between here and there. So much silence bouncing around like an argument no one can hear.

I make a list in my head of all the things she is that I am not. This seems like a scientific way to handle it. I make a note- eat more apples, write while hungry, wear black. But, nothing means anything unless it is in practice. For breakfast I eat an apple, in the afternoon I wear black.

There is a distinct feeling in November of having missed the party due to traffic, of having allowed the fruit to go to rot on the kitchen table. I keep on saying this. The two statements get after the same one feeling and they cannot be separated. It has something to do with circumstances out of your control, and being entirely at fault at the same time.

Like I said, all divided up on the inside. You are always more than one thing at a time. I just want to sit here and think about it. I follow all of my thoughts by saying, perhaps it is the season. But, that seems a strange thing to say in California.

4 Replies to “On November”